The Roundabout was set up in September 1979 by Canon Stanley Griffiths of St Mary’s Church as a joint venture between the four churches and the Parish Council.

Editing a community magazine is no small task, so the fact the Brenda Steadman acted as Editor from its inception until September 2009 is an impressive achievement!  When she stood down, the post was filled for a time by Pam Davenport.  At that time, Tony Gilchrist had been collating regular village events and he moved into the post of Editor in June 2011, later adding the growing Advertising Manager role to his workload.  During his time in post, Tony oversaw a number of changes to modernise the production of the Roundabout.  When he announced that he planned to step down at the end of 2013, it was felt that the wide range of responsibilities would be better managed by a team who could share the workload.

From the outset, the Roundabout was very much a community affair.  Until early 2012, the internal pages of the magazine were printed by volunteers on a machine housed at the village hall, while the covers for a whole year were printed commercially in advance.  Magazines were then collated and stapled by a team of volunteers, before being passed to another team of volunteers for distribution.  From February 2012 until February 2019 the magazines were produced by Huntingdonshire District Council’s printing department and delivered to the village hall ready for distribution. Since then, the magazine has been printed by The Business Printing Company in St Neots. All production costs are covered by advertising revenue, and underwritten by the Parish Council.

Since taking over, the new editorial team has introduced eye-catching colour covers, increased the number of articles of local and topical interest, used colour photographs inside the magazine when possible, and gradually evolved the format and layout.  The website was also a new innovation early in 2014, where you can find online copies of the magazine dating back to October 2013. This proved especially important during the lockdown for COVID-19 when the team were unable to deliver print copies of the magazine from April to July, but continued to produce the online version of the magazine.

Feeling proud of their efforts, the team started to enter the magazine into various categories in The Cambridge Community Magazine Awards, run annually by the Cambridge Building Society.  In 2016 and 2017 the magazine was awarded Bronze Awards and in 2019, the team were delighted when the Roundabout was declared the winner in the Most Improved Magazine category.

Always remember that this is your magazine. Articles on local topics and photographs for front covers are always welcomed from residents of Buckden, Diddington and Stirtloe.

Contact us if you are interested in volunteering to help with the Roundabout, either on the editorial side or as a distributor. 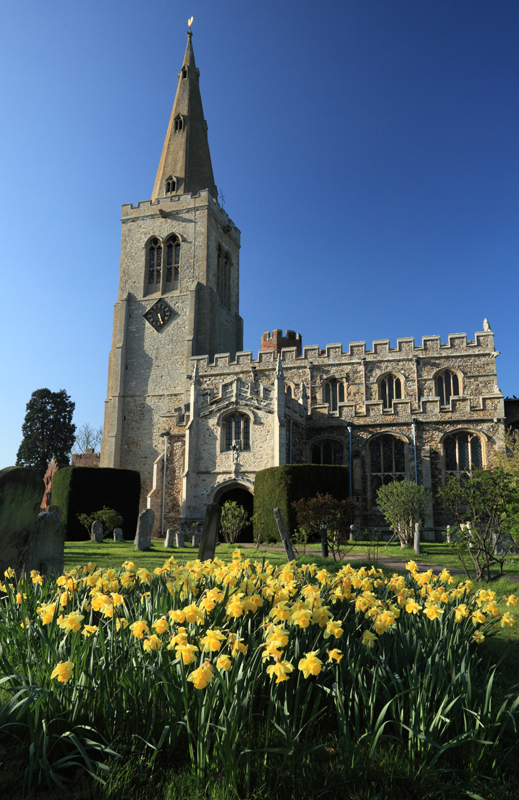 Production dates for the March edition of the Roundabout are as follows:

The deadline for the receipt of all material for the March 2023 edition is no later than 4:30pm on Friday 10th February.

Space is allocated on a first-come first-served basis. We regret that any contributions received after the deadline cannot be included.